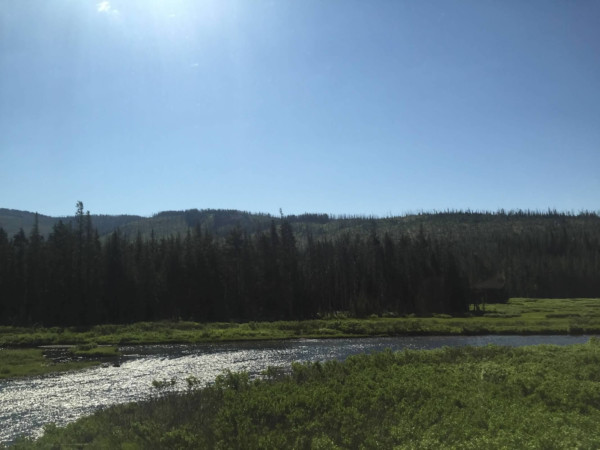 The Carmans River in the Pine Barrens is one of the largest rivers and many community members depend on it for various activities, but excess nitrogen continues to leak into the water. High levels of nitrogen create much deterioration in the water and can lead to hypoxia, fish deaths, and degraded wetlands and marine habitats. Current methods for measuring nitrogen levels require lots of time, money and chemicals, which is why there needs to be a more substantial system.

Four students from the New York Institute of Technology will participate in the Environmental Competition by EPICS in IEEE, in partnership with the UEF, to design an autonomous sensing system. Their system is to be composed of two parts: a conductive polymer-based sensor, for measuring nitrate in water, and a custom-modified drone for plunging the sensor into water and collecting water samples.

The team will first develop the needed polymer-based sensor, which will be intergraded with an antenna and ground-penetrating radar to ensure the lowest maintenance possible. After the sensor is developed it will be tested in DI water to test sensitivity levels, repeatability, and the relationship between the sensors and nitrate concentrations.

After the sensors are successfully tested, the next step will be utilizing a drone to collect both data and water samples, which is convenient, low-cost, and fast. The drone will save a lot of time, as it will omit the need for a human to collect on-site data, which also increases safety. The system will first be tested at their university campus and then in the Carmans River.

EPICS in IEEE has granted the team $9,996.20 to design and implement this autonomous system to better the environment. The team, as well as their partnered non-profit organization, Long Island Pine Barrens Society, hope to spread environmental awareness and benefit the entire surrounding community.